Please excuse the lack of updates, January 18th was a big day.  I received notification that my Sedition Wars shipment had arrived.  Anyone not familiar with this awesome kickstarter put on my Mike and Ali McVey I'm sorry to hear you missed out but the core set, Battle for Alabaster, should be arriving in stores shortly.  The second, and far bigger impactful arrival was my new daughter, Isabelle Ann Drescher who slalomed her way into the world at 9:19am.  I'm going to be very tied up with getting everything re-situated for the next week or two.  Hopefully after that a suitable hobby time can be found and properly utilized.  In the meantime: 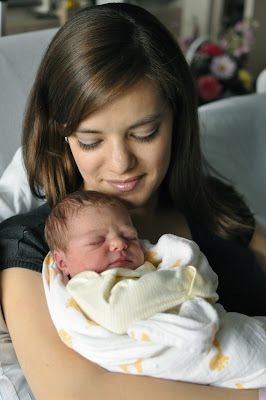 My two girls
Posted by TheDrescher at 11:24 AM

The Archives of Bloggery

Who are you and what are you doing on my computer?

TheDrescher
Plainfield, IL, United States
Well, you clicked here so you're getting what you wished for, you poor bastard. I'm an avid painter and gamer who is studiously trying to correct a time-painting-to-time-playing ratio that's slid dangerously into the 99/1 range. I'll be posting my work in progress of my personal armies as well as commissions that I'm in the process of completing. Read on, if you dare...